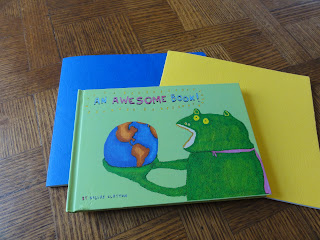 I had heard about this book by Dallas Clayton, "An Awesome Book" but had never been able to track it down. Bookshops told me it would be available in March 2012. But I knew that it had actually been published! It wasn't until Katie and Lou at We heart books explained to me that Dallas had self-published his book, but had subsequently signed a contract with Harper Collins to publish "An Awesome Book" with them. A-ha!

Luckily for me, Katie and Lou have limited copies at their online bookshop, We heart books. They also have a wonderful selection of really unique and special books. Such good quality and so many books I had never heard of - and I do spend a fair bit of time in the children's section of bookshops! I bought a couple of fabulous books for Annalise's birthday from them - that's for a later post - and they arrived immediately, beautifully presented. 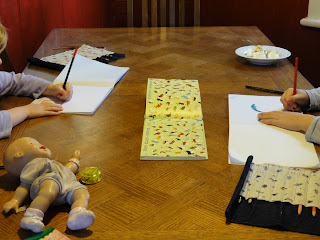 Once Tom, Annalise and I had read "Awesome", we dreamed a dream as big as big could ever dream to be ... and we made our own awesome books! I spent an hour one night, writing the prompts for their blank books, based on the ideas in Dallas' book, and left them out on the table for them to discover in the morning. The photos tell the rest of the story. (The food in the last photos were to make magic watermelon boats ... maybe ours weren't magical but they were certainly edible!) 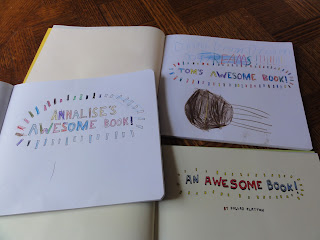 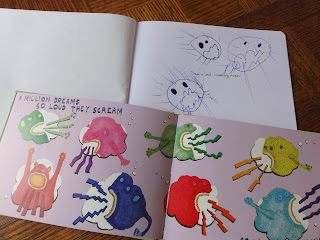 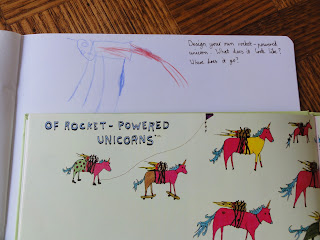 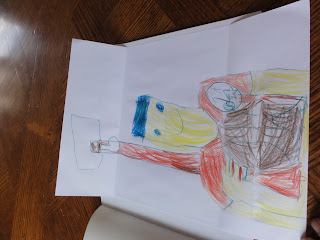 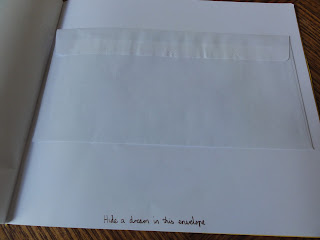 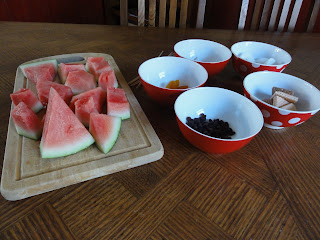 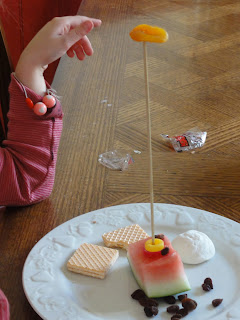 Tom's dream is to be a fabulous basketball player. I would suspect Annalise dreams of being a princess. When I was small, I told Dad my dream was to be a Mummy and an Avon lady ... so far, I've only achieved one of my childhood dreams ...!

If anyone would like a list of the awesome prompts I wrote for our books, please contact me and I can email you the list. You can also go into a draw to win a copy of "An Awesome Book" by responding to the launch issue of BIG magazine - more on this wonderful new magazine soon!
Posted by Karen at 10:15 PM 3 comments:

My husband received a pair of slippers for Father's Day from the kids because his old pair were nearly trotting themselves off to the rubbish bin - too many holes even for ventilation purposes! But we also made him a present that was just for him - three silhouette pictures of the kids. 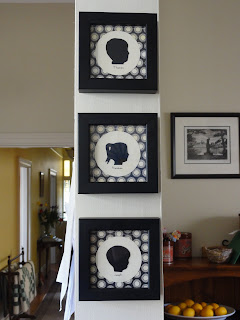 Brooke at Inchmark has made beautiful silhouettes in many different forms and her instructions are clear to follow and inspiring. I took an individual, profile photo of the kids - not easy when the two-year-old wants to wriggle and look in every other direction! I printed the photos, cut around the heads, then traced them onto black cardboard, cut them out and framed them. 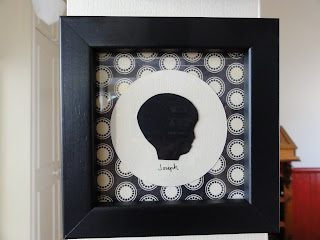 Lots of wonderful Dads in these picture books. Dads who build cubby houses, carry small boys on their shoulders to provide a different viewpoint of the world, look for lost toys, care for injured birds, realise the importance of bedtime kisses, put up with grumpy behaviour ... The wonderful character of Dads represented in these picture books, just as in real life, are far more unique and individual than a pair of slippers! 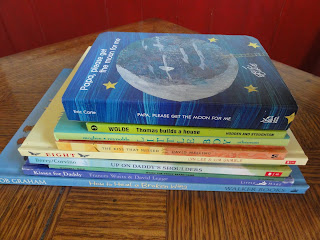