It’s been a while since I’ve had time to write a post – two editing jobs, Christmas and a 7yo birthday party does take up a little time. But we have certainly been out and about, and of course, doing lots of reading. The influx of books in our home at the moment from the library and Christmas has led to lots of ideas and excursions. 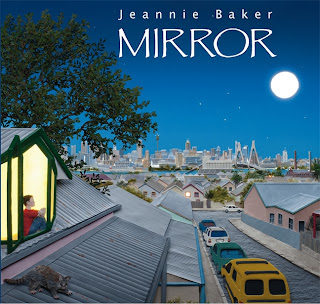 I am a big fan of the author/illustrator Jennie Baker – her long list of picture books includes 'Window', 'The Story of Rosy Dock', 'Home in the Sky', 'The Hidden Forest', among others. Her latest book, 'Mirror', is a wordless picture book, and the original artwork is currently exhibited at the Melbourne Museum. 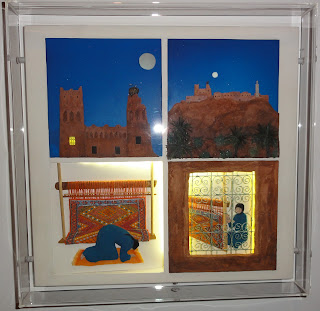 We were allowed to take photos there, but my photos don’t do justice to Jennie’s collages. Tom and I were in awe at the detail. While we have read 'Mirror' quite a few times (thanks to Grandma for such a wonderful birthday present for Tom!) there is a difference between the photographed pages of the book and the original collages.

'Mirror' is the story of two boys, one living in Sydney, Australia and one living in Morocco, North Africa. The introduction states: The lives of the two boys and their families look very different from each other and they are different. But some things connect them … just as some things are the same for all families no matter where they live. 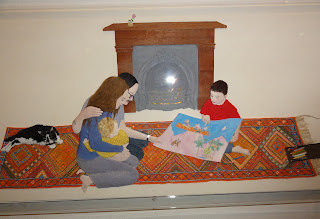 And while I was thinking all of this – Tom just did it. No mucking about, no idle daydreaming, just straight into the creating. He used corrugated cardboard, string, paper, sticky tape and glue to make a figure of himself playing cricket. There, done! 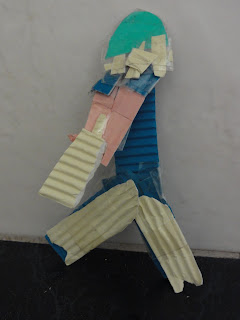 I still have plans to make that backyard collage. Jennie can take up to three years to create her masterpieces – we have the remaining three weeks of the school holidays! I’d also love to mimic the idea of two books in tandem – have a look in a bookstore for 'Mirror' to see the clever design for two individual stories to be read together.
Posted by Karen at 7:38 AM