There were a lot of arguments in our house between the two older ones. Typical sibling stuff. I tried to block my ears so I could concentrate on cooking dinner. Then it became quiet, too quiet. 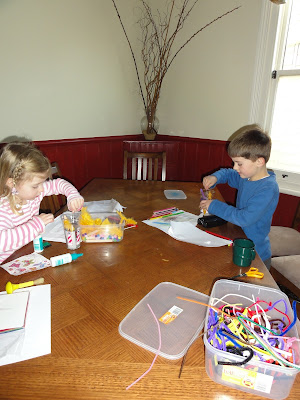 Annalise had started mixing glue with water to try a little painting. Tom decided it was worth joining in. Then the small cups of gluey water with sequins, pipe cleaners, feathers and staples were taken outside so that grass, chalk, leaves and twigs could be mixed in. More water was added so it would “grow”. It had become a potion! 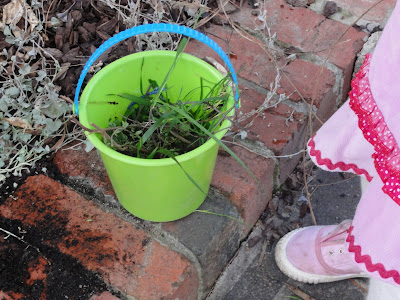 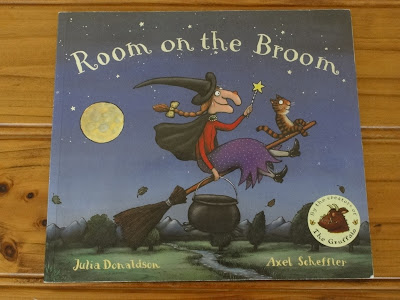 Julia Donaldson’s books are made for reading aloud – the rhyme and repetition are fabulous. We have used them as a reader for Tom because there is such satisfaction in saying the lines aloud.

How the cat purred
and how the witch grinned,
As they sat on their broomstick
and flew through the wind.

But how the witch wailed
and how the cat spat
When the wind blew so wildly
it blew off the hat.

The witch in “Room on the Broom” is a bona fide witch because she has a long hooked nose with a wart. But she is quite a kind witch and very hospitable to the animal friends she meets on her travels. Which is just as well really, because she needs their help when she bumps into a dragon. 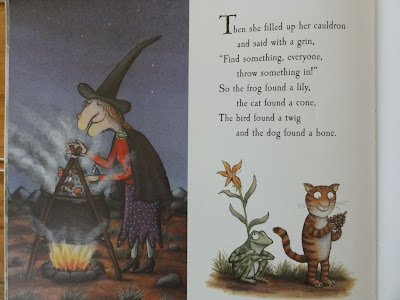 Windy night here in Melbourne. Wonder whether there are any witches flying around, looking for a pre-made potion? Wonder whether you can make a potion to promote sibling peace and harmony?
Posted by Karen at 9:38 PM