Turning nothing into something 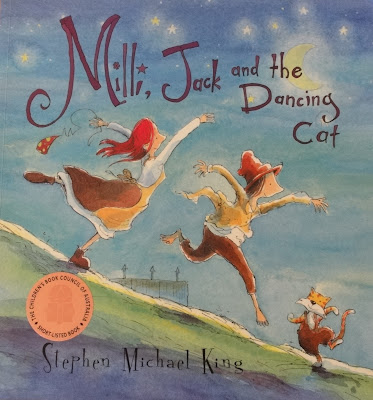 Grandma bought this book, “Milli, Jack and the Dancing Cat” for Tom, but really, I know she bought it for me too! You might think me unsophisticated when I confess this, but I can really identify with Milli. Now what does that say about me, that I feel a strong affinity with a character in a children’s picture book? Hmm …. 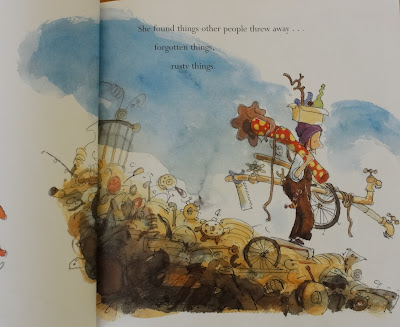 Stephen Michael King uses glorious watercolours to paint the story of Milli, a shoemaker, who spends her days making boring brown and black shoes for the people in her town. What she really wants to do is to make different things, for

Milli could take a thing that was a nothing… and make it … a something!

It is only when Jack and his dancing cat come into town and offer to teach Milli how to dance in exchange for new shoes, that something changes for Milli. A beautiful friendship begins, for the 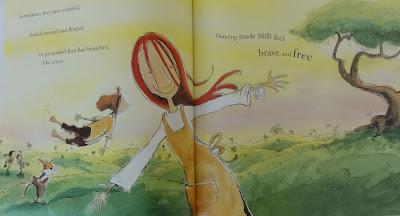 In return, she made her new friends wonderful things, made out of objects, old and forgotten. And she made things for herself, so

her shop was so spectacular that people came from far and wide to see it.

And nothing, after that, was ever the same as before. 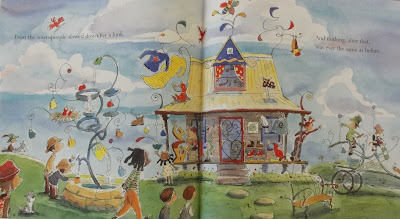 In the beginning of the story, the colours are predominantly subdued browns, oranges, greys and greens, with splashes of colour around Milli. By the end of the story, there are brilliant yellows, blues, reds, greens and purples. I love how the illustrations create a sense of movement around Milli and Jack, of things happening. And I love how the text creates a sense of possibility, of imagining a different reality. 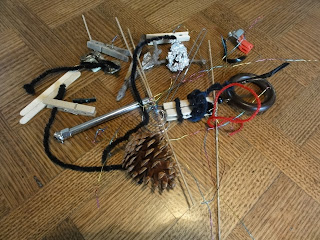 Tom made a fantastic ‘junk sculpture’ in his art class at a local centre. Because there is no glue or tape, he can take it apart and put it back together in new ways as often as he likes, adding bits and pieces as he finds them. Hmm, perhaps Grandma knew that Milli’s character might be reflected in both mother and son …
Posted by Karen at 9:03 PM